A locking differential is designed to overcome the chief limitation of a standard open differential by essentially “locking” both wheels on an axle together as if on a common shaft while still allowing them to rotate at different speeds when it is required (such as when negotiating a turn). This forces both wheels to turn in unison, regardless of the traction (or lack thereof) available to either wheel individually. An open differential will cease the transmission of torque to one wheel if the opposite wheel has little or no traction. This may occur if one wheel comes into contact with mud, snow, or ice, or if the wheel is somehow removed from contact with the road after encountering an obstacle or area of soft ground. In such a situation, an open differential will continue to spin the wheel with the least amount of traction but will transmit little or no power to the wheel that has more solid traction. Basically, it will transmit only as much torque to both wheels as the wheel with the least amount of traction can sustain. This can result in the vehicle failing to deliver enough torque to the drive wheels to keep the vehicle moving forward, at which point it will be stuck. A locking differential solves this problem with its capability of delivering 100% of available torque to the wheel with the most traction.

There are two main types of lockers:

Automatic lockers lock and unlock automatically with no direct input from the driver. Some automatic locking differential designs ensure that engine power is always transmitted to both wheels, regardless of traction conditions, and will “unlock” only when one wheel is required to spin faster than the other during cornering. They will never allow either wheel to spin slower than the differential carrier or axle as a whole. The most common example of this type would be the famous “Detroit Locker,” also known as the “Detroit No-Spin,” although there are many others. Other automatic lockers operate as an “open,” or unlocked differential until wheelspin is encountered and then they lockup. This style generally uses some type of internal governor to sense a difference in wheel speeds, or they react to torque input from the driveshaft. An example of this would be GM’s “Gov-Lok.” This is the type most often found on vehicles factory equipped with a locking differential. 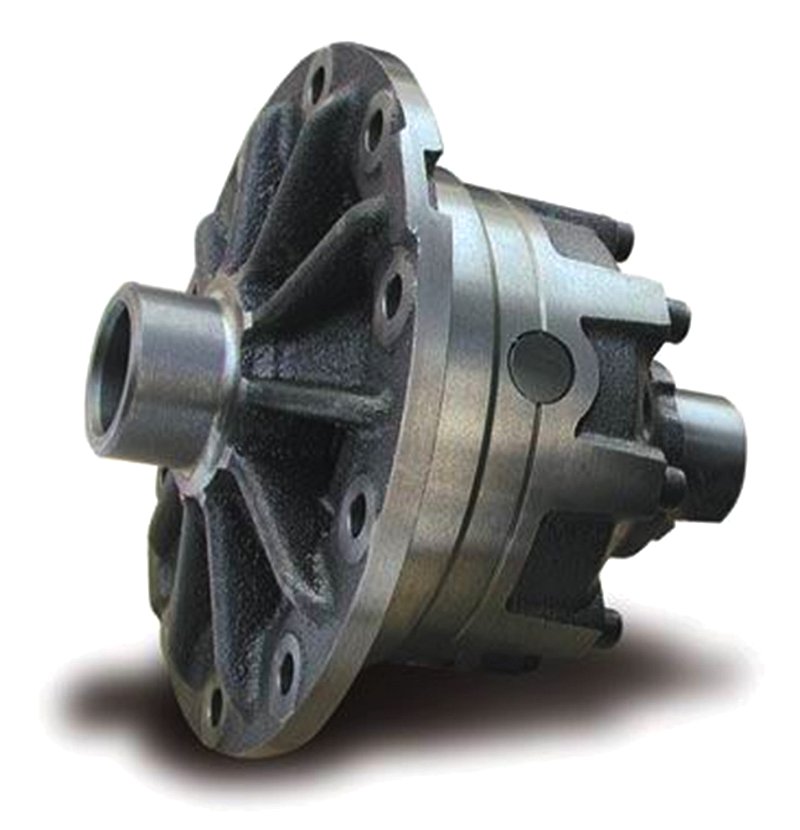 Below is a cutaway model of a Detroit Locker. 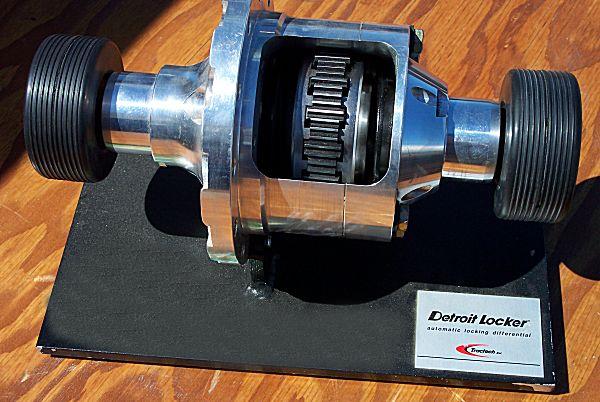 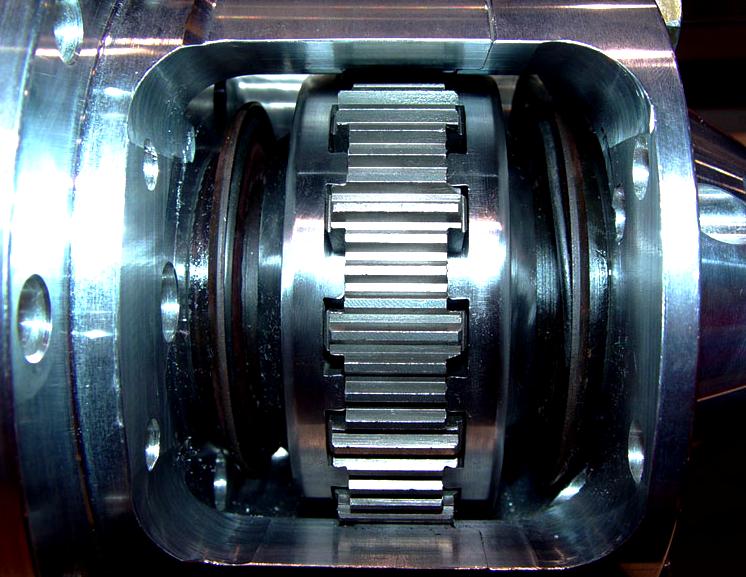 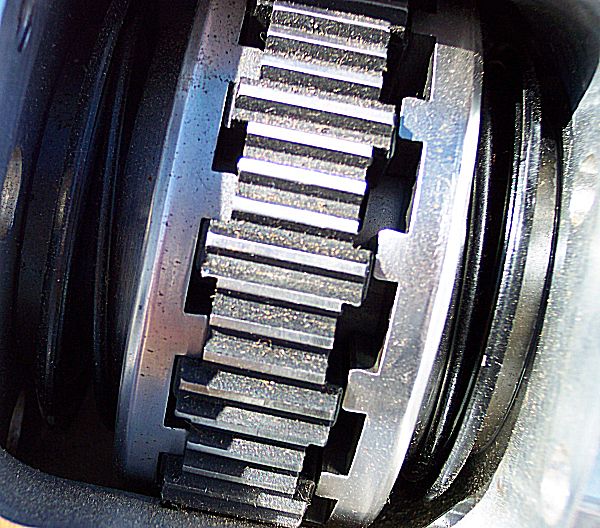 A “selectable” locker allows the driver to lock and unlock the differential at will from the driver’s seat. This can be accomplished via compressed air (pneumatics) like ARB’s “Air Locker,” electronic solenoids (electromagnetics) like Eaton’s “ELocker,” or some type of cable operated mechanism as is employed on the “Ox Locker.” This allows the differential to perform as an “open” differential for improved drivability, maneuverability, and reduced tire wear, while also having full locking capability for ultimate traction when it is desirable or needed. This is really the best of both worlds, but selectable lockers are more complex, and therefore more expensive, than their automatic counterparts. Some people also feel that this added complexity reduces their overall strength and durability and requires increased maintenance over the long run. 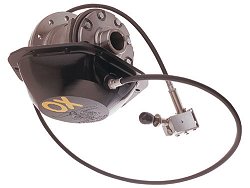 Locking differentials do have some disadvantages. Because they do not operate as smoothly as standard differentials, they are often responsible for increased tire wear. Some locking differentials are known for making a clicking or banging noise when locking and unlocking as the vehicle negotiates turns. This is annoying to many drivers. Also, some locking differentials can affect the ability of a vehicle to steer in some situations, especially when the locker is located in the front axle. They are also capable of subjecting the axle shafts to much higher torque loads than would be possible with an open differential because they allow 100% of the available torque to carried by a single axle shaft as opposed to being divided up between the two. Under extreme conditions, this can cause an axle shaft failure.

Except for the added stress on axle shafts, these disadvantages primarily apply to automatic lockers, and can be mitigated, to some degree, by proper maintenance and setup. Tire wear can be minimized by ensuring that the tires are properly sized and inflated. Steering difficulties can be mostly eliminated by selecting modern lockers which are better engineered than earlier versions which were notorious for steering difficulties. Driving habits, vehicle weight, and tire size can also have an effect on the behavior of a locker.

Limited slip differentials are considered a compromise between a standard differential and a locking differential because they operate more smoothly, and they do direct some amount of torque to the wheel with the most traction, but they are not capable of 100% lockup.

Race cars often use locking differentials in order to maintain traction during high speed maneuvers or when accelerating at extreme rates.

Some utility vehicles such as tow trucks, forklifts, tractors, and heavy equipment use locking differentials to maintain traction, especially when driving on soft, muddy, or uneven surfaces. Lockers are common in agricultural equipment and military trucks.

Deciphering the Age of a Tire using the Tire Identification Codes

So you’re thinking of buying that used set of tires at the swap meet but you have no idea how old they are.  Or maybe you’re looking at a used vehicle with what appears to […]

How To Choose the Right Mud Tire

★★★ No Nonsense breakdown on shopping for Mud Tires ★★★ All of the manufacturers want you to believe that they have THE best off-road tire on the market so they can get your business.  So how […]