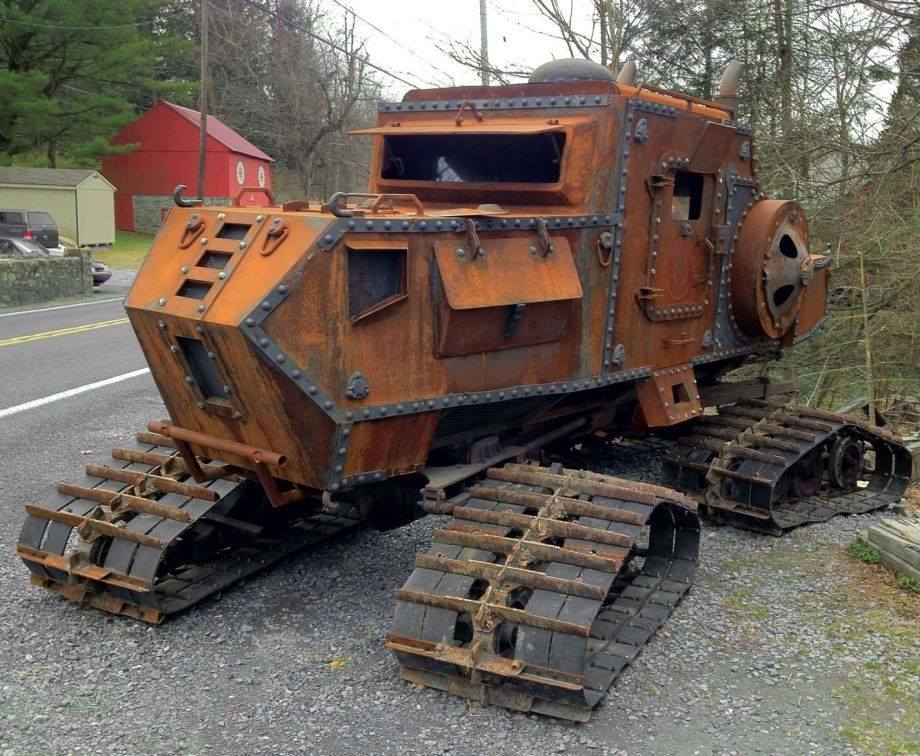 Sleeping in suspended animation somewhere in a little borough in Lancaster county in the state of Pennsylvania is a cross between a 19th Century Steam Shovel with caterpillar tracks and a World War I British Whippet Tank.  Built for a zombie apocalypse this monstrous diesel powered rusty steel Rat Rod of a 4×4 with 4-wheel steering sitting up on tracks lies in wait for it’s next mission of destruction.

Like it’s true purpose in life, details on this bizarre project are sketchy at best.  Similar to the  British tank of World War I, the Medium Mark A Whippet, the exterior of this battleship could take a direct hit from an RPG grenade launcher leaving the occupants just a little shell-shocked with their ears ringing.  Equipped with 4-wheel steering up on tank tracks this beast is more at home on the high snow covered slopes of the alps than in Lancaster’s Amish country where it’s more prone to scaring the horses than fighting off hordes of zombies.

We’re not sure where or what mission this steel beast is slated for but we won’t at all be surprised to see it make an appearance at one of the upcoming Monster Truck Jams or at a Truck / 4×4 show, or even a Rat Rod show somewhere in the state of PA.  Who know, it might even someday be on the front lines of some brain parasite infected, nanobot, neurotoxin, driven zombie invasion that turned victims into mindless, zombie-like slaves.  In that case, this 19th century steel monster makes perfect sense.  A big shout out goes to my friend Jeff L., a freelance photographer and musician with a taste for luxury vehicles, who made a special trip to capture photos of this beast as it slept.  Rock on Brother. 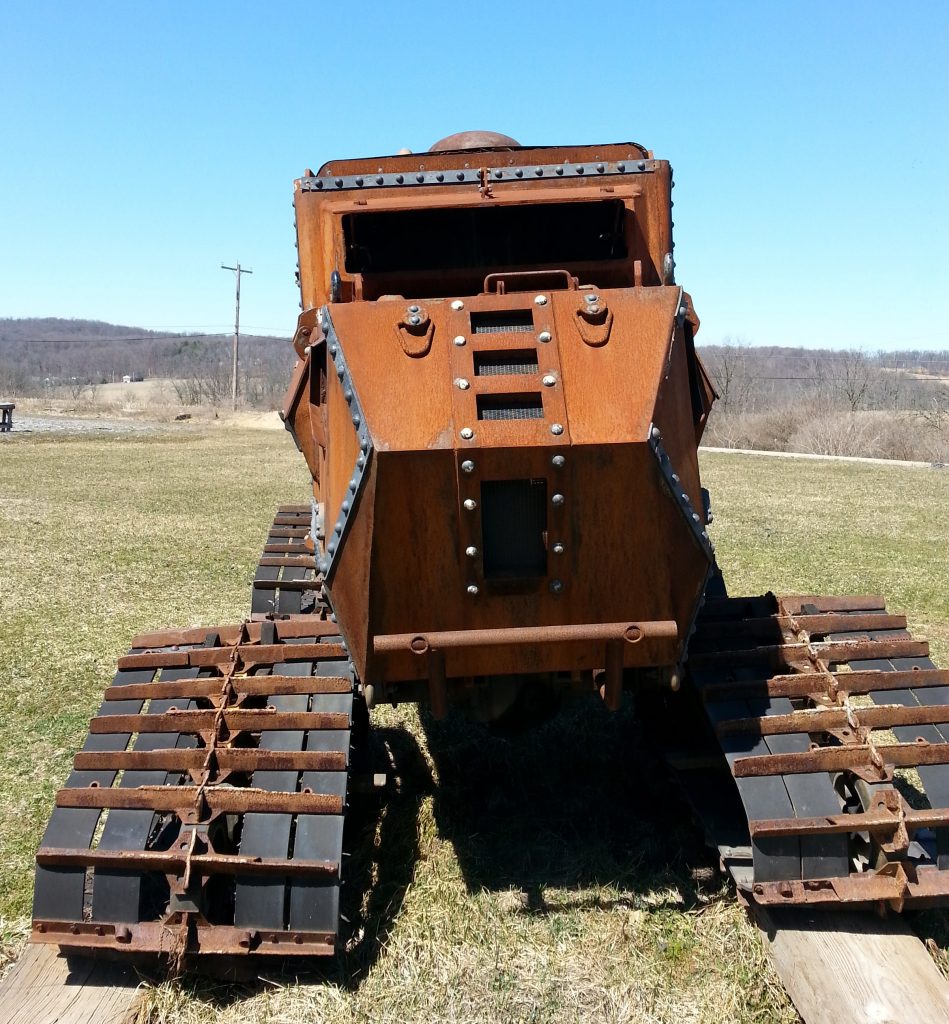 Whether you’re into Jeeps or not, you have to admit the Jeep brand has generated one heck of an aftermarket over the past few decades.  Almost any Jeep part or accessory imaginable has been (or will […]

What would a town with a population just under 14,ooo do when they can rightfully say, “We are the birthplace of the Jeep”?  Hold a massive Jeep Invasion of course!  Butler Pennsylvania, located just north of Pittsburgh in […]

This truck hit a bridge guardrail, flipped end over end, and finally came to rest on the opposite side of the culvert. What makes this accident remarkable is that the vehicle seemingly flew right over […]