When you look at fundamental differences in common electric winches, a few important components and design characteristics stand out.  Of the differences in common winches, the motor and the gear train are the top two design differences that will determine the quality and stamina for an intended use.  The motor will vary in motor type and in the horsepower rating.  The gear train will vary with different types of gear systems, each with their own characteristics and benefits.  Both the motor and gear train work together resulting in the final rating of an electric winch.  Understanding these important fundamentals will help you understand what winch you should buy. 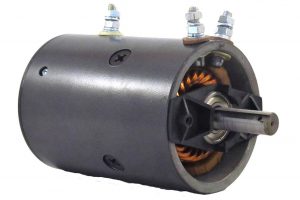 Winches use two types of DC motors, Permanent Magnet Motors and Series Wound Motors. All electric DC winch motors consist of one set of coils, called an armature, inside another set of coils or a set of permanent magnets, called the stator. It is the job of the stator to produce a magnetic field which will cause the rotor (or armature) to rotate when an electric current flows through it. Applying a voltage to the coils produces a torque in the armature, resulting in motion. With all types of motors, the higher the horsepower rating, the more toque and power the motor will have. The winch rating is a combination of motor torque and gear train gear ratio reduction. Motor horsepower has a direct effect on both line speed & pulling power.

Most winch ratings are generally limited by the maximum amperage draw, with right around 400 being the cut-off point. Anymore than that would most likely damage the power source or charging system. In order to reduce the amperage usually the gear ratio will need to be increased numerically, to relive the motor from the increasing stress, however, this will also reduce the line speed at the same time.

There are three common gearing systems, planetary gear, worm gear, and spur gear. The job of the gear system on all three types is to gear down the high speed motor to a low speed, high torque output to turn the winch drum. The gear reduction ratio is how much the motor’s output revolutions are reduced for the spindle. The greater the reduction, the more revolutions the motor has to turn for one spindle revolution and the less the motor has to work for that revolution. The difference in the gearing systems is mainly in their transfer efficiency.

Planetary gears are the most common and provide both strength and smooth operation with good resistance to torque loads.  The planetary gear systems have efficiency 65% and have a tendency to free spool when loaded, therefore a braking mechanism is needed. 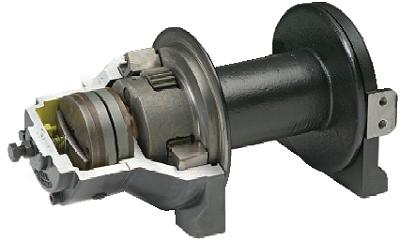 The worm gear has a transfer efficiency of 35-40%.  This causes the winch to be self-braking even under heavy loads, but this means the unit will need a clutch mechanism for free spooling.  Worm gears offer the most reduction, very high reliability, built-in braking mechanism, and generally a slower winching speed.   Worm drives are generally stronger and simpler than other gear systems such as the planetary due to the lack of the need for a braking system as well as the extreme gear reductions possible.  The primary drawback of a worm gear system is the noticeable reduction in overall line speed, especially in a ‘no load’ cable reel-up situation.  Here, the planetary has an advantage. 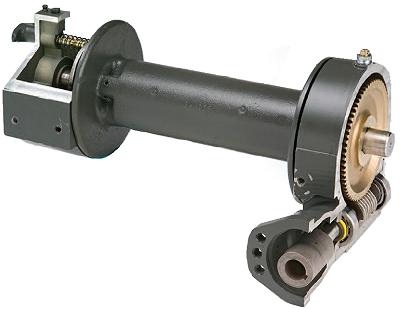 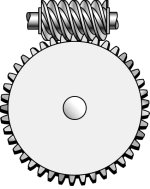 The spur gear systems have efficiency of 75% and like the planetary gear system, they have a tendency to free spool when loaded, therefore a braking mechanism is needed. Only the WARN M8274 has a spur gear due to its different design characteristics. 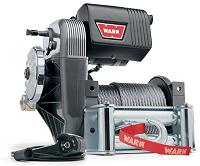 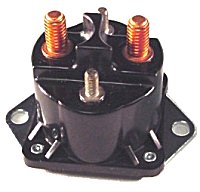 What is the Solenoid?

Solenoids are electromagnetic switches. When electricity is sent to the solenoid via the remote switch, a magnetic field forms causing the circuit to the winch to complete and the winch motor to move either forward or backward depending on which solenoids are activated.

Solenoid mounting can be a major consideration. Winches can either have an Integrated or Remote Solenoid pack. A remote solenoid is externally mounted off of the winch. An integrated solenoid is part of the winch either within a “bridge” over the cable or mounted else where on the winch such as above the motor. There are benefits to both types of solenoid mounting options. With space restrictions a remote solenoid can reduce the space require to mount the winch itself while the solenoid can be mounted remotely while an integrated solenoid offers protection in a compact package. 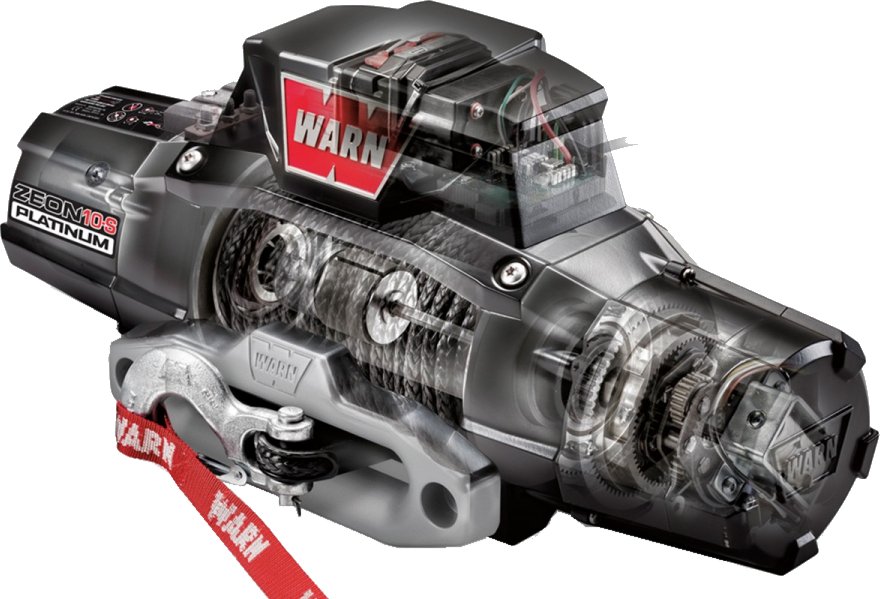 If Jeeps, Jeeps and more Jeeps are your thing, you won’t want to miss this years All Breeds Jeep Show presented by PA Jeeps!  July 19th and 20th 2014 This year’s 19th annual event will be […]

The family tree of Jeep is more complicated than you might think. With a history dating back to the beginning of World War II, many twists and turns have occurred during the evolution of the […]