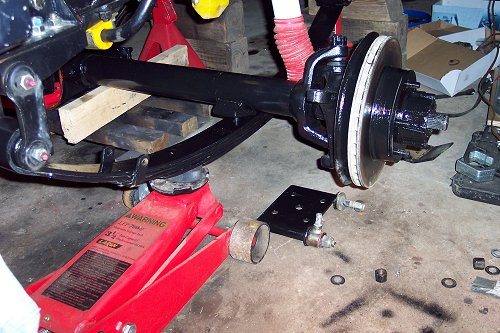 When you are jacking up a vehicle with a hydraulic floor jack, sometimes you have to position the jack in odd places to get it elevated the way you want it. Sometimes it might be right on something you don’t want to scratch or damage, like on the u-bolt threads or maybe on a painted surface that you’d rather not scratch up.  Or you’re concerned the floor jack is going to slip off the leaf spring or that axle tube. 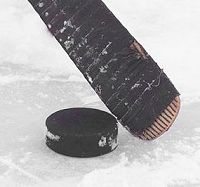 Here’s a great tip that not only protects the surface but also helps to grip the metal better than jack on frame; metal on metal. Hockey pucks. I found that placing a hockey puck on the jack gave my jack a little grip and a little protection to the freshly painted surfaces.  Which was kind of ironic given that I was building a Jeep that was eventually going to get bashed around on the rocks.  But that’s beside the point and I digress.   A hockey puck is made of a very hard rubber material and will give a little, which is good news for the threads or the painted surface. I just had to make sure I was lifting on a safe location on the vehicle so that it wouldn’t slip off.  But now the hockey puck is a standard part of my floor jacks. 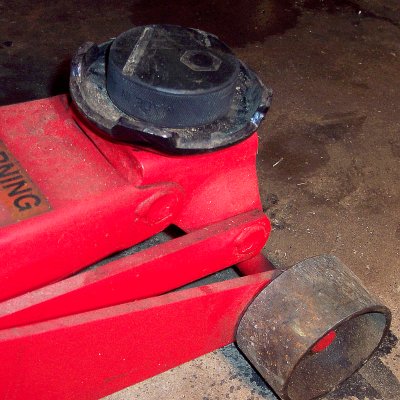