Are synthetic motor oils safer for the environment than conventional petroleum motor oils? 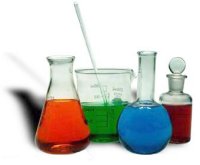 Environmental issues are far more complex than any brief overview can present. We can begin, however, by recognizing that the Green Movement is not a fad. Environment has grown in importance as a contemporary business issue and will continue growing for a long time.

Jacquelyn Ottman, in her book Green Marketing, states that used motor oil is the largest single source of pollution in our nation’s waterways.

A website for the Pennsylvania Department of Environmental Protection notes that Pennsylvania Do-It-Yourselfers dispose of 11 million gallons of used oil a year. The authors of this website state that only 14 percent is re-cycled and the rest, 9.5 million gallons, is dumped, either into sewers, on the ground or into the trash. Extrapolate this out and you are looking at some incredibly large numbers nationally.

This is all the more startling when you consider that one quart of oil can create a two-acre sized oil slick, and a gallon of oil can foul a million gallons of freshwater, a year’s supply for fifty people.

I’ll be the first to admit that I don’t always trust statistics. Unless they make sense to me somehow, I tend to be a skeptic. Even so, it is not likely that the figures are arbitrarily pulled from thin air. Yet even if nationally less than half of all D-I-Yers improperly dispose, that is still a huge volume of used motor oil being slopped around. 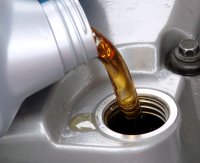 From where I sit, the logical combination of these two premises is this: Quick lube operators are in a position to market themselves as heroes in the battle to preserve our environment. As re-cyclers of used motor oil, we are part of the solution rather than the problem.

In point of fact, Green Consumers may well be your best customers. They are educated, affluent and influential…. and devoted, once they know you are committed to their values.

A recent Gallup survey discovered that 94 percent of all consumers prefer to do business with companies that demonstrate that they care about the environment. Almost 80 percent said they would pay more for environmentally friendly products. In other words it would appear that going Green, and promoting this commitment, can be a profitable marketing strategy.

YES, BUT…
From an environmental point of view, quick lubes have a PR problem. Quick lubes are part of the oil industry, which has a negative perception in many people’s minds. The oil and gas industries are perceived by 70 percent of all consumers as environmentally careless. Only the chemical industry has a worse rating, by one percent.

For this reason, it is imperative that we develop an environmental perspective and make a commitment in the direction of Green. The perception is wrong, but we need to find ways to let our local public know it.

ARE SYNLUBES GREENER?
Well, no and yes. It depends.

There are really two ways to reduce pollution. One is called recycling. A second means is source reduction.

When it comes to recycling, synthetics are pretty much the same as petroleum. You can’t dump used synthetic motor oil in the ground any more than you can petroleum. About a year ago I read an article that indicated synthetics are less polluting than petroleum by a small degree, but it was marginal. Both classes of used motor oil must be taken to re-cycle centers for re-processing.

Companies promoting extended drain intervals are quick to point out that the amount of used motor oil can be reduced significantly. There is also an immense reduction in the amount of discarded packaging material.

There is another environmentally friendly feature offered by synthetics. Due to their lower volatility, synthetics do not boil off or vaporize as much as petroleum motor oils, which can lose up to 20 percent of their mass in the high heat conditions of the internal combustion engine. Synthetics lose from four to ten percent. The benefit is clear in the reduction of make-up oil required because vehicles use less oil, however, the emissions factor may be marginal due to the nature of catalytic converters and other components in the dispersion of these vapors.

MISCELLANEOUS ACTION ITEMS
Due to space considerations I’ll close with a number of miscellaneous actions for your consideration.

1. Use your local library to find good books on environmental marketing. Jacquelyn Ottman’s Green Marketing is one of many excellent volumes on this topic.

2. Make signage that says, “We Re-Cycle 100% of our Oil and Filters.” or a sign that says “Bring Your Used Oil and Filters Here.” When D-I-Yers bring their used oil and filters, ask, “Have you greased your fittings lately?” or “Would you like a free 10-point check-up?”

5. Perform an Enviro-Audit. Examine every facet of your operation for ways to improve the environmental impact of your business.

SUMMARY
Government regulations and rising consumer awareness continue to drive the push for environmental improvements in the auto industry. Quick lube operators do not need to wait for government intervention in order to perform earth friendly car care.

To quote Dave Newport again, “In most sectors of the economy, there are market opportunities for smart businesses that seek to make a good living in a better world.”

While the environmental issue is not a hot button motivator for many Americans, there is a growing percentage of consumers who make Green a pre-eminent factor in their decision making. Some are so Green, in fact, that they won’t use cars at all because they pollute. Most own vehicles and show favor to businesses that share their values. These may well become your most loyal customers. 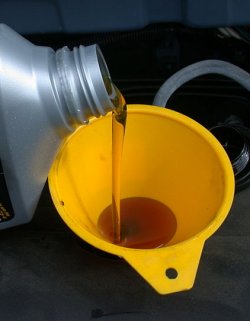 It’s a fact of life that behavior is influenced by what people believe, whether true or not. Numerous cases from history bear this out.For example, sailors were once fearful of sailing outside the sight of […]