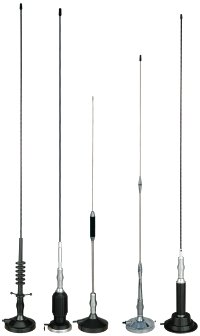 A Citizen Band or “CB” radio as it is widely known, is a radio transceiver for two way communication, transmitting and receiving, over a CB radio antenna. The job of the antenna on a CB radio system is two-fold. First it captures inbound radio-frequency signals which are then converted into electrical signals by the CB’s receiver. Second, it converts outbound electrical signals coming from the transmitter and converts them into radio-frequency signals that are then broadcasted onto the air waves, hopefully to another receiving CB radio. This is the transmitting function of a CB radio. It is during the transmitting function of a CB radio that proper tuning of the antenna becomes important.

This is due to the fact that an antenna is radiating radio-frequency signals of a specific wavelength. A properly tuned antenna will have a length that will accurately match the radio frequencies wavelength it is transmitting.

Determining the proper length of the antenna can be done using this formula:

However with any compromise, there are tradeoffs and you have to adjust the Standing Wave Ratio or SWR of the antenna and wire until the SWR is acceptable. The antenna and antenna feed line have what is called characteristic impedance, or a measure of resistance to the current flow through the wire and out the antenna.

When a transmitter is connected to an antenna by a feed line, the impedance of the antenna and feed line must match exactly for maximum energy transfer from the feed line to the antenna to be possible.

In the best possible scenario, there would be a perfect match between antenna and the feed line where there would be a 100% conversion of electrical energy (sent from the CB to the antenna) into radio wave energy and radiated out into the atmosphere. When perfectly matched, the SWR measures 1:1 and the antenna is maximizing it’s potential output.

Ideally its best to tune your antenna for the channels that you use most if you typically only use one or a few channels. Otherwise use a 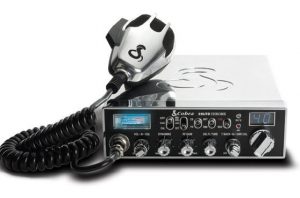 broader test across the full range of 40 channels. If the SWR never goes above 1.5:1, then your antenna is well tuned. If the SWR does go above 1.5:1, then test the SWR on the lower channels such as 1 through 5 and compare those SWR reading with the upper channels such as 35 through 40. If the SWR is greater on the lower channels then your antenna is too short and needs to be lengthened using the antennas height adjustment. Make small adjustments and retest. If the SWR is greater on the higher channels, then gradually shorten the antenna and retest with each small adjustment. When adjusting in either direction, if the SWR begins to test greater, reverse the adjustment to find the “sweet spot”.

Last, be sure to read and understand the instructions of the SWR meter as well as the antenna itself. In the end, with good SWR, you’ll be transmitting to your fullest potential and ensure longevity to your radio. 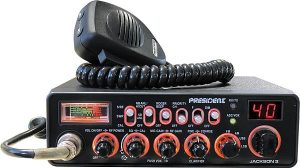