Through a contact of Bob’s I bought a T-18A mated to a Dana 20 Transfer case that came out of a J-20 pickup and was in good shape.  Because of the length of the J-20 pickup, Jeep used a 5 inch adapter between the bell housing and the transmission giving it a long input shaft.  Mike from Jeepfan.com had done the same swap and he gave me the info I needed to find a short input shaft kit through Hick’s 4X4 in California which is currently on order.  Also on order is a T-18 rebuild kit to replace the gaskets and bearings.

One of the first things I did was clean off the build up of road grime.   I borrowed a friends high pressure power washer and through a combination of carb cleaner and Castrol Super Clean I blasted off the thick stuff.  As soon as it dried, later that day, I then primered the whole thing.  I painted it gloss black the next day to prevent it from rusting without the protective layers of oily dirt.  I did this before the rebuild because I  figured it would be easier to work on it without all the dirt on it and the painted surfaces would clean up easier than trying to remove the gear oil after a rebuild.  Also blasting the transmission and transfer case probably forced water into the old seals and the breather and I’d rather do that before a rebuild rather than after. 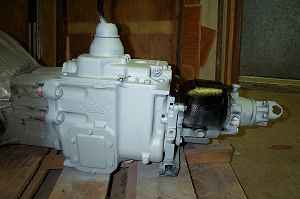 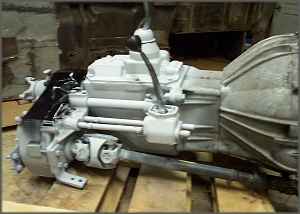 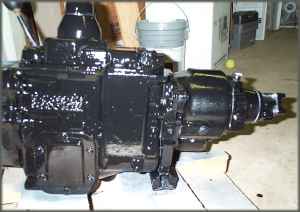 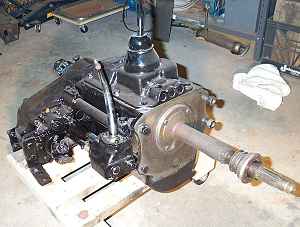 Soon after I removed the adapter and bell housing, exposing the long input shaft which will soon be replaced with a shorter input shaft.  Also the transfer case didn’t shift correctly due to either the stick shift of the transfer case or something inside the shifters base.  Mike had a couple of extra Dana 20’s lying around so he graciously donated one with an identical shifter for parts.  Thanks Mike.   Notice the dust that covers the T-18A and Dana 20. That’s because of the tub work going on in the garage. 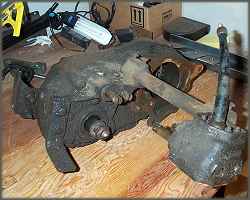 This section categorizes Military Axles and Axle Parts, and other 4×4, offroad and performance related vendors. Browse the links below to find Military Axle and Axle Part retailers.  If you have a favorite vendor you think should […]