Super Glue has its roots in World War II (1939-1945).  Scientists at Eastman Kodak were searching for a way to design better gun sights and stumbled upon the infuriating chemical concoction known as cyanoacrylates.  Infuriating because when they tried it they found the chemicals stuck to everything!    But then after slipping in his bathroom and banging his head on the toilet, Inventor Harry Coover, realized the value of these chemicals, took out a patent and begin marketing it as Super Glue.

During the Vietnam War, field medics used spray-on Super Glue to close up bleeding wounds until the soldiers could be choppered into the 4077th.  Even today surgeons still use a medical grade of Super Glue for difficult operations like liver transplants, I actually have a friend who received a new, Super Glued in liver.

Everyone has heard of and used Super Glue so what could be better than Super Glue?  How about a 5-pack of single-use Super Glue mini tubes!

How many times have you gone for your Super Glue only to find that it has dried out after a single use?  I’ve tried so many types of packs over the years and they ALL dry out before they run out.  Even the screw on caps dry out.  Even the little double walled, red thumbtack container of Super Glue gets crusty before you squeeze out those last few jobs.  This is definitely a better idea.

So when I saw a 5-pack at the Dollar Store for, well, one dollar I was like “Single Packs! That’s Brilliant!”  I bought a bunch.  I know I’ll use them again and again and the beauty is each one is an un-opened, single-use tube!  And I know how many I have left at a glance.

I wondered though if the amount was enough so I grabbed an old cup with a broken handle and glue it up with one of the tubes.  Each tube has its own nozzle cap that self-pierces the tube with no closing cap.  Use it and throw the excess away.  It’s been exposed to air anyway so the drying reaction has already begun.  So get to gluing. 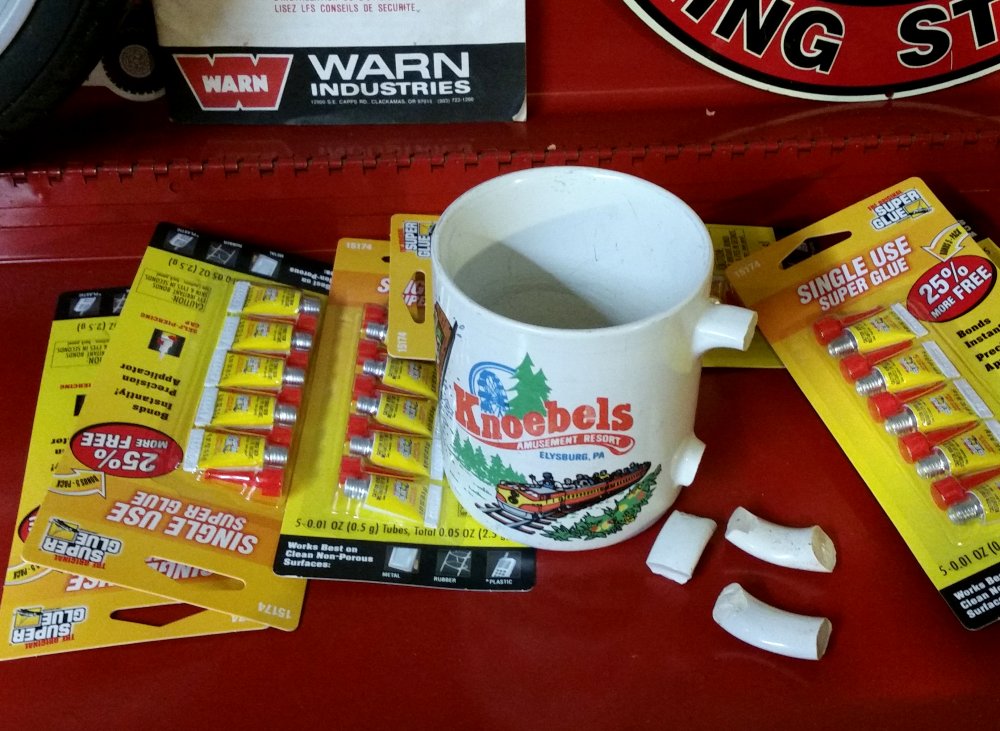 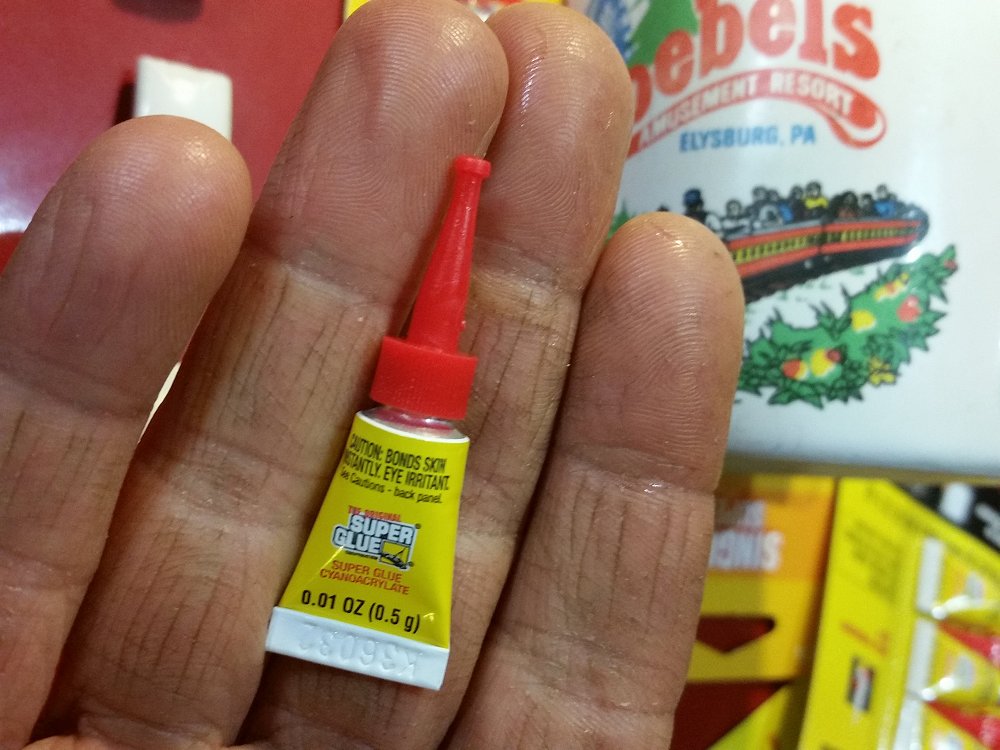 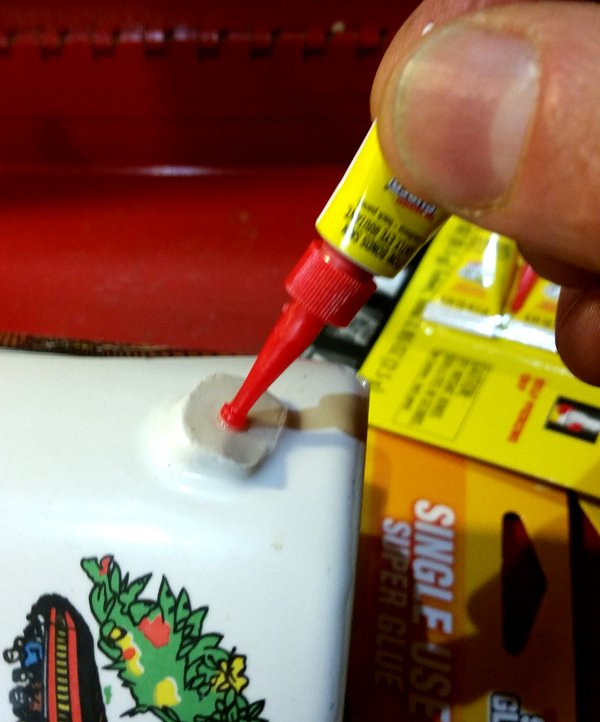 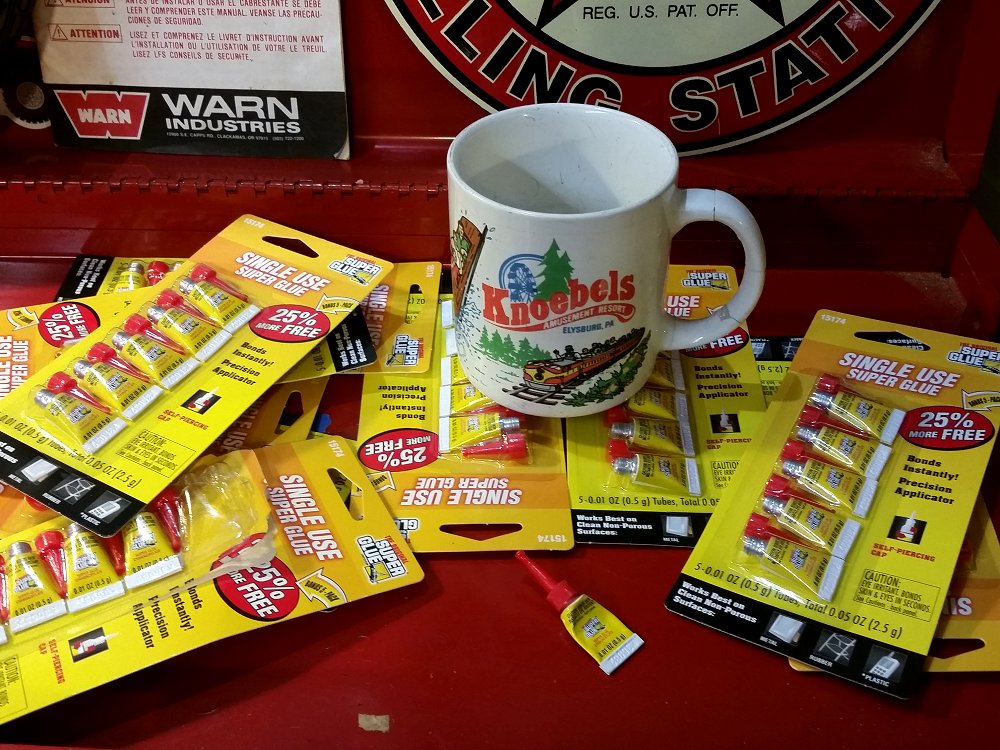 The amount was just right for the job.  Four more from that $1 pack and 9 packs to go!