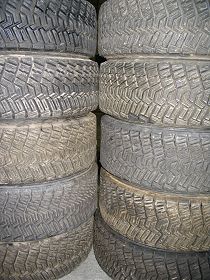 So you’re thinking of buying that used set of tires at the swap meet but you have no idea how old they are.  Or maybe you’re looking at a used vehicle with what appears to be a decent set of tires on them but the sidewall cracks concern you because a new set of tires cost more than the car itself!  When you are not sure of the age of a set of tires sometimes you can not just ask and expect a good answer.  So how can you tell the age?  Well, its actually not that difficult to figure out when a tire was manufactured by reading its serial number also known as the “Tire Identification Code” off of the side of the tire and deciphering what these numbers and letters mean.

The Tire Identification Codes is found on the sidewall of a tire and is a batch code that identify which week and year the tire was produced and as a result what raw material was batched into that process.

Examples of tires manufactured since 2000 with this Tire Identification Code format: 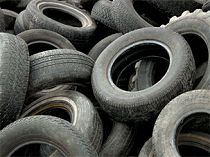 The Tire Identification Code on a tire that was produced before 2000 was based on the idea that a tire would not be in service for more than a total of ten years.  However these days, that can be un-realistic especially with collector cars and recreational use vehicles.  Yet even under that idea manufacturers were required to provided this same information, with the week and year that the tires were manufactured within those last three digits.  In this case though 2 digits used to identify the particular week a tire was made immediately followed by a single digit that identified the year.

For example, if the Tire Identification Code on a tire reads:

With the earlier format  of the serial number, you could identify that a tire was manufactured in the 8th year of a decade, however there was way to tell which decade.  An exception to this is that a tire that was produced during the 1990s decade might have a small triangle after the Tire Identification Code.  However the Tire Identification Code format that has been in use since the year 2000 will accurately confirm the year of a tires manufactured on date. 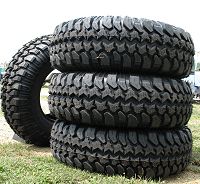