For too many, the phrase ‘diesel engine’ conjures images of belching black smoke pouring from a shaky, clattery old rig. Those who know their fuel know that image is completely out of date. In fact, diesel now is the way to go for any off-roading adventure, and here are five reasons why:

What diesel lacks in horsepower, it more than makes up for in torque – and when it comes to wheeling, it’s the torque that matters. A diesel-powered rig may not be able to get going as quickly as a gas-powered one can, but it has vastly greater towing capacity and can reach maximum power at a much lower rpm.

Those qualities make a diesel engine perfect for hauling a camper, pulling buddies out of the muck and crawling over obstacles and up steep inclines. Diesel engines are also a bit easier to waterproof than gas engines, especially the older mechanical injection diesels.

Higher torque and lower horsepower mean a diesel-powered 4×4 will push through low-traction areas like mud instead of spinning out. The downside is it can be tough to fling mud this way, but there are specialty truck and Jeep parts to solve that problem, such as powerful bogging tires. 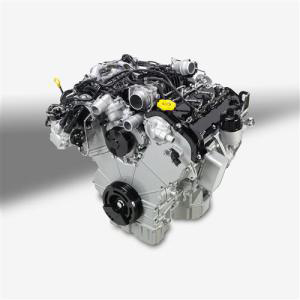 Diesel engines are more expensive than gas engines – for a good reason. A diesel engine is built to withstand a lot more abuse than a gas engine because Diesel has a higher ignition point. The long and short of it is that when the diesel in a cylinder ignites, it puts the engine through a lot more trauma than the small explosion of gas in a gas engine piston.

Because they have to be built tough, diesel engines last more than three times longer than gas engines. So, while they may be more expensive at the start and short-term regular maintenance is costlier, you get what you pay for: a long-lasting, reliable vehicle with a spectacular resale value. 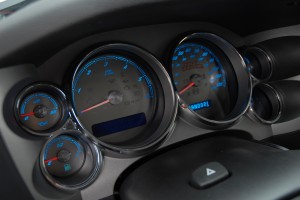 It used to be that diesel was much less expensive than gas, because it is cheaper to refine. That is not always the case now, but that doesn’t actually matter because a diesel-powered 4×4 will give more miles to the gallon than the same vehicle were it gas-powered.

According to the Alternative Fuels Data Center, “one gallon of diesel has 113% of the energy of one gallon of gasoline.” Thanks to diesel’s high energy density over gas (147,000 BTU per gallon vs. 125,000) and diesel engines’ fuel-injection setup, the fuel needed to power the engine is less and it is used more efficiently. It burns approximately 1/3 the quantity of fuel while idling as a gas engine does, making traffic on the way out of the city and to the trail a lot less of a money-burner.

On average, in only three years, owning a vehicle with a diesel engine not only makes up for the expenses of buying and maintaining the vehicle, but exceeds them to save money. University of Michigan’s Transportation research Institute did a study last year on the total cost of gas vs. diesel over three years and found that only one vehicle, the Ford F-250, out of the 12 they studied cost the owner more overall than the gas-powered version.

That model cost diesel-owners about $1,395 more in three years, but other models like the Chevrolet Silverado 2500 and the GMC Sierra 2500 saved owners between $2.7 and $3.6 thousand. In the luxury and mass market passenger car segments, those numbers reached over $13,000.

Given that a diesel-powered engine can be expected to survive three times longer than a gas-powered one, the financial gap only widens with age. 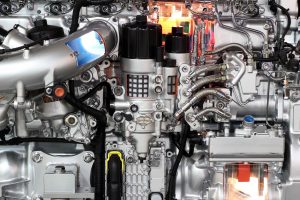 Diesel has a bad reputation based on what it used to be: filthy, loud and shaky. Diesel technology has come far, however, and the modern diesel engines of today, while not perfect, are growing very close to the comfort of a gas engine. Though still louder than a gas engine while idling and not as smooth, once up to speed a modern diesel-powered 4×4 is on par with a gas-powered one. Common issues such as cold starting have also been all but done away with in new diesel engines.

They have also been engineered to be cleaner, with complex computer systems regulating emissions and oxygen levels to insure a low soot percentage and maximum fuel efficiency to reduce burn-off. Despite their slightly grimier exhaust, they have also always had lower C02 emissions than a gas engine, making them smaller contributors to global warming. This is especially relevant considering that diesel is the easiest engine to convert to burn alternative fuels such as biodiesel, making a serious cut in their carbon footprint.

A well-maintained diesel engine will still be a bumpier ride than a gas engine, but not like they used to be and not for much longer, if technology continues to progress as it has.

Rachel Bowes is a copywriter with 4WP